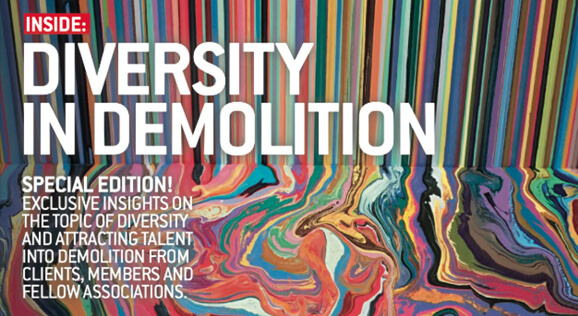 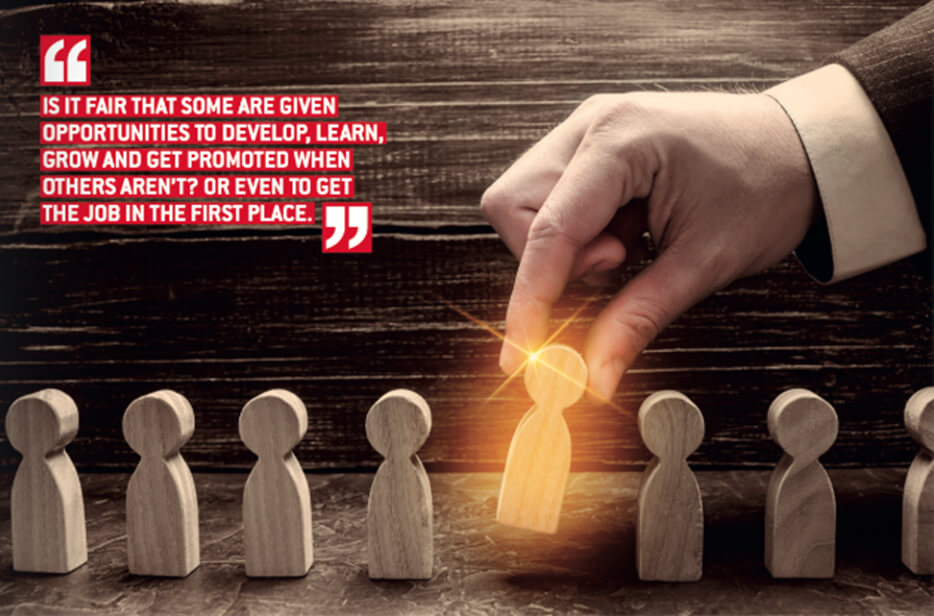 When asked to write my usual Mental Health article for this one-off Diversity in Demolition issue I really was stumped at first. What is the link between Diversity and Mental Health? While researching the topic I began to realise that Diversity seems to be a term used really to describe what business leaders need to focus on to stay on the right side of the law and how to put in place policies, procedures and strategies. Additionally, how the business case for being more Diverse can mean you have a more sustainable workforce.

But for the average person in our sector what does it all actually mean?

My only real conclusion is that this is inherently about Fairness.

What can happen in a business for people to feel like something isn’t Fair?

Let’s try and think of an example.

Imagine that you have been offered a new job on a salary that you are happy with – all good so far.

A few weeks into your new job while chatting with your colleagues you realise that although you are doing the same job you are earning significantly less than your peers. Is that fair? How would that make you feel? Excluded? Unhappy? Undervalued? Demotivated? Stressed?

But what would happen if this was approached slightly differently.

Imagine that when you were offered your new role your soon to be manager explained to you that there is a scheme that means that the starting salary for your role is X but for every year of service this will incrementally increase and is designed to attract people into the business who would like to forge a real career and helps the business to have a sustainable workforce. Now how do you feel? Included? Happy? Motivated? Fairly treated? Part of the team?

If this were two separate businesses who would you rather work for?

Now of course this is only one example and I’m sure you can think of many others and how the outcome could have been different had the approach been a little fairer or the communication better.

Equally, Im sure there have been moments throughout your career when you have felt like something that happened simply is not fair. Ironically, and the more I think about this the more it seems clear that society has demonised fairness too. Just have a think about the images that spring to mind, or even perhaps the tone of your internal voice, when someone says, ‘It’s not fair!’.

Is it fair that some are given opportunities to develop, learn, grow and get promoted when others aren’t? Or even to get the job in the first place.

Having previously written in Demolition and Dismantling about how our emotions affect not only our motivation but our ability to make good decisions it is imperative we consider diversity and therefore fairness in relation to how they impact everyone in the workplace. After all, what we strive for is a safe and productive workforce and this can only be achieved when everyone is engaged and motivated.

The Great-West Life Centre for Mental Health in the Workplace summarises that fairness involves leadership which is honest, transparent and consistent, where there is fairness and equity in decision-making, and a modest understanding of personal limitations and biases.

Let us consider this in relation to the Equality Act of 2010 which was created to protect people from discrimination, harassment and victimisation because of nine protected characteristics:

The Equality Act of 2010 also tells you exactly how people can be discriminated against and what you can do if it’s happening to you.

Equality Human Rights Commission give the following descriptions and examples;

This means treating one person worse than another person because of a protected characteristic. For example, a promotion comes up at work. The employer believes that people’s memories get worse as they get older so doesn’t tell one of his older employees about it, because he thinks the employee wouldn’t be able to do the job.

This can happen when an organisation puts a rule or a policy or a way of doing things in place which has a worse impact on someone with a protected characteristic than someone without one. For example, a local authority is planning to redevelop some of its housing. It decides to hold consultation events in the evening. Many of the female residents complain that they cannot attend these meetings because of childcare responsibilities.

This means people cannot treat you in a way that violates your dignity, or creates a hostile, degrading, humiliating or offensive environment. For example, a man with Down’s syndrome is visiting a pub with friends. The bar staff make derogatory and offensive comments about him, which upset and offend him.

This means people cannot treat you unfairly if you are taking action under the Equality Act (like making a complaint of discrimination), or if you are supporting someone else who is doing so. For example, an employee makes a complaint of sexual harassment at work and is dismissed as a consequence.

Now I’m sure you would agree that all of the examples given above seem somewhat un-fair so perhaps we just have to ask ourselves ‘is this fair?’

The reality is, everybody in an organisation wants to feel valued and that they are treated in a consistent and even-handed way.

Unfair treatment of both individuals and groups can quickly lead to negative, depleting emotions resulting in poor mental health including (but not limited) to stress and anxiety. In addition, unfair treatment, or the perception of unfair treatment, rapidly leads to toxic workplaces where bullying and other negative behaviours go unchecked, while likely seeing high levels of absenteeism and presenteeism as well as decreased productivity.

On the flip slide however, as the Advisory, Conciliation and Arbitration Service (ACAS) state, tackling head-on the challenges posed by perceived unfairness can promote diversity and respect, improve levels of motivation and engagement, promote a better understanding of individuals and help improve work life balance.

So I think it is safe to say that absolutely Diversity and Mental Health go hand in hand and that those characteristics in the Equality Act 2010 quite rightly need to be protected.

Remember in the words of Comedy Actor Robin Williams…

“Everyone you meet is fighting a battle you know nothing about. Be kind. Always.”.