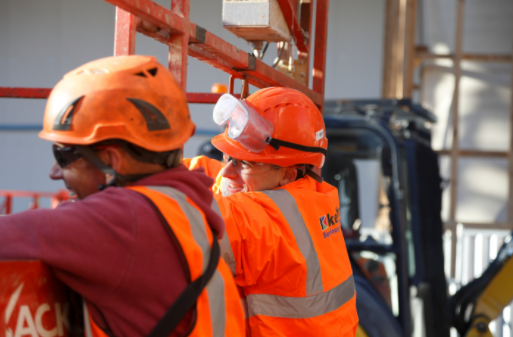 Keltbray Training today announced that it is taking part in a trial to explore the relationship between the human mind and the human heart by researching what is referred to as heart/brain coherence. This pilot involves the utilisation of a system of science-based and scientifically validated, coherence-building skills designed to help bring the 50 participants’ physical, mental and emotional systems into balance to improve their ability to focus and reduce stress and fatigue.

Keltbray is working with Vector Equilibrium to help the people in this trial to improve wellbeing and communication, be more effective at problem solving and increase personal and organisational coherence.

“The overall goal of this programme is to increase self-awareness and build and sustain resilience by enhancing people’s ability to more intelligently self-regulate their energy which directly affects performance, explained Director of Vector Equilibrium, David Price.

The three-month trial, which also includes representatives from HS2 and the Costain-Skanska Joint Venture, involves a mixture of coaching and intervention. It follows a Construction News mental health survey published earlier this year which revealed that one in four construction workers had considered taking their own life. It also found that 55 per cent of workers had experienced mental health issues, and that 42 per cent had suffered these issues at their current place of work.

“In addition to an increasingly tough climate for business generally, in terms of new legislation an uncertain economic outlook and continuous change, which has become a way of life for everyone, we in construction work in an environment where we are constantly having to juggle multiple disciplines and risks, and where the consequences of a lapse in concentration or error of judgement can be catastrophic,” said Training & Development Director for Keltbray Group Holly Price, who initiated the trial after attending a Heartmath programme herself three years ago.

With the establishment of KML Occupational Health in 2014, Keltbray has been at the forefront of looking after the physical health of its workforce. “We very much see this trial as a natural progression in how we evolve the care for our people and bring their physical health into balance with their mental and emotional wellbeing,” concluded Holly.